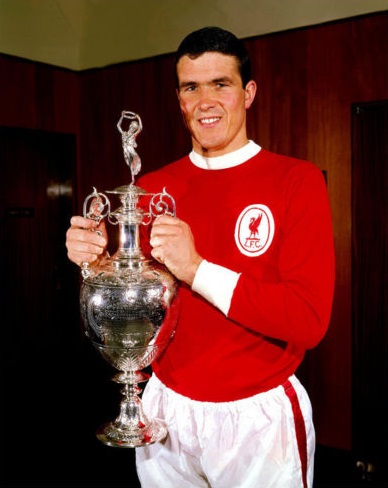 Friday, April 17 – 1964
The Footballer of the Year, elected by the Football Writers Association, will be named on Tuesday, and the voting could be as close at last year when Dave Mackay lost to Stanley Matthews by one vote.

I think, without trying to guess the winner, that the field or candidates can be narrowed down to five: –

Denis Law, of Manchester United, who has had a great, though controversial season. He is one of our few world class players, a tremendous worker and outstanding near goal. United have won nothing this year, but that is hardly Law’s fault.

Bobby More, of West Ham, who has had a wonderful season with club and country now, at only 22, finds himself skippering a Cup Final side. Moore has a flair for football and adapts himself admirably to an attacking or defensive role.

Ron Yeats, of Liverpool, who is skipper of the probable League champions. This giant centre half, so quick in the tackle and almost unbeatable in the air.

Charlie Hurley, of Sunderland, who is another centre half and captain. He has been an inspiration to the youngsters who have at last brought Sunderland back into the First Division. Hurley, a ball-playing defender and dangerous header of Sunderland corner-kicks, has also had a fine international season by taking little Eire to the quarter finals of the Nations Cup.

George Eastham, of Arsenal, who has been a pocket dynamo all through an arduous season. George, an untiring worker on and off the ball, is an example of physical fitness that any youngster would do well to copy.

So much for the stars; but how about an award for players who year after year give loyal service to their clubs and entertainment to the fans without ever regularly making the back page headlines.

I would suggest an additional trophy … “Clubman of the Year.” And, among the worthy candidates, there could be players like: –
Jimmy Leadbetter of Ipswich, John Atyeo of Bristol City, Bobby Collins of Leeds, Geoff Bradford of Bristol Rovers, Jack Brownsword of Scunthorpe, Jimmy Dickinson of Portsmouth. And so many more.
(Daily Express, 17-04-1964)