All articles about Percy Saul on PlayUpLiverpool.com.

About Percy Saul:
“He belongs to the vigerous school of full backs who take risks, and either gain fame or disappointment thereby. His performances this season have been of outstanding merit; the miskicks and headlong rushes have been substituted by accuracy of return, and watchful manoeuvres. We feel confident that the Liverpool club have secured a first class full back in Saul, whose faults will disappear as the conditions under which he plays improve. A more zealous and whole hearted performer could not be desired, and his very failings are the result, not of lack of ability, but of sheer determination to get at the ball, no matter how difficult or how remote possibility of doing so may be. We like to see this trait in a footballer; for there is more likelihood of the player toning down to the absolutely correct game when over zealous than there is of one developing from the plodding performer to the alert and dashing defender. Saul never knows when he is beaten; he is a regular terror for work, and one can excuse an occasional blunder when qualities of this sort are continually being demonstrated.”
(Joint Everton & Liverpool Programme: October 12, 1907)

Position: Right full back, but started his career as right half . 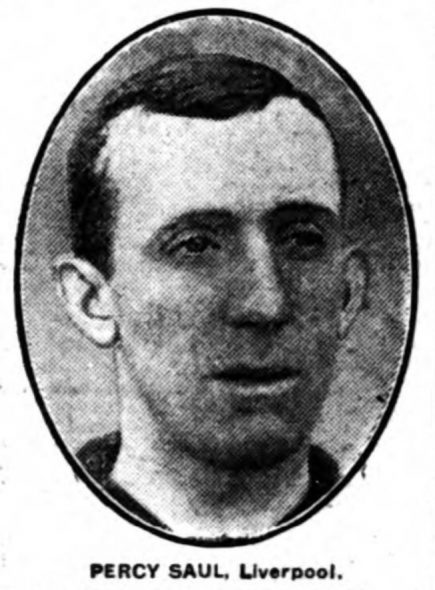 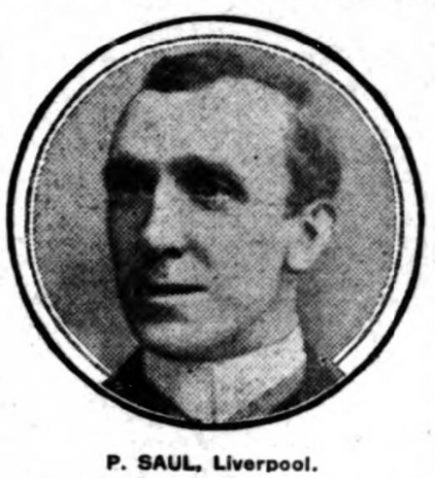 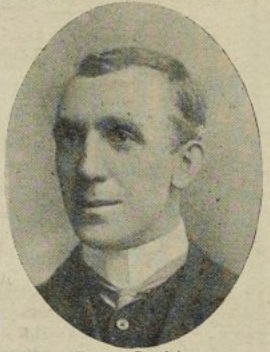