June 28, 1967
Liverpool swoop for Tony Hateley
Chelsea last night sold centre forward Tony Hateley to Liverpool, for a little less than the £100,000 that they paid Aston Villa for him last October. The deal went through in a London hotel after Liverpool boss Bill Shankly and Hateley had travelled from the North to meet Chelsea chief Tommy Docherty.

Docherty was not available for comment, but Chelsea secretary John Battersby said:
“The transfer has been completed. We have more or less got our money back.”

Liverpool will probably use Hateley’s brilliant heading ability to heat the massed Continental defences they will meet in Fairs cup matches next season.

Hateley joined Chelsea in October, but never settled. He scored only six goals in League matches, but played a vital part in Chelsea’s path to the Cup Final. He scored in the fourth and fifth round, laid on the winner in the sixth round, and headed Chelsea into the Final with a great goal against Leeds.

Chelsea will obviously go in for a replacement quickly, and top of their list are likely to be Barry Bridges, who left them for Birmingham last season; Jackie Sinclair, of Leicester; and George McVittie, of Carlisle.
(Daily Mirror: June 29, 1967)

Tony Hateley should give Reds scoring flair
A football transfer story which began almost a year ago, followed by rumour and counter-rumour, and obscured by the fog of football double talk, ended last night when Liverpool paid a club record fee of £100,000 for Chelsea centre forward Tony Hateley.

The completion of the deal is subject to the formality of Hateley passing the usual medical examination when he comes to Anfield on Monday, but, in effect, Hateley is now a Liverpool player. The capture of this slim, six-footer with the reputation of being the finest header of a ball in the game to-day will be welcomed rapturously by Liverpool fans, who have been waiting for months for the club to swoop in a big way into the transfer market.

Chelsea beat Liverpool in a race for Hateley’s signature eight months ago, and paid £100,000 to Aston Villa for the man they needed to replace their injured centre forward Peter Osgood.

But now that the brilliant young Osgood is fit again, preparing for next season, it became obvious that there was no place for Hateley in the Chelsea set-up and, indeed, he had rather a disappointing brief stay at Stamford Bridge, where his style of play did not fit in with the Chelsea tactics.

But his ability is so well known and admired that Sunderland, Manchester United, Leeds United and his home-town club Derby County, were all interested once it was whispered that Chelsea were ready to listen to transfer talk.

With Chelsea manager Tommy Docherty and Liverpool chief Bill Shankly being such close friends, it was not surprising that Liverpool were told the position.

Mr. Shankly began telephone talks with Mr. Docherty yesterday morning, and it was not until about 1 pm that agreement was reached on a figure. Accompanied by clubs secretary Peter Robinson, he caught the 2.30 p.m. Euston train from Lime Street, armed with the necessary forms and his own persuasive tongue to convince Hateley that his future was at Anfield.

Hateley, who is on holiday in Yarmouth with his wife and two children, was informed of the deal by Mr. Docherty, and Hateley arrived in London at 5-40 pm by train from the East coast.

They all went to the Russell Hotel, near Eustion Station, an after a minor contractual snag with Chelsea had been ironed out, Hateley signed at 8.12 pm.

Mr. Shankly and Mr. Robinson, highly delighted with their train dash and the result of the negotiations, then hustled back to Euston, caught a train to Crewe at 8.20 pm and arrived back in Liverpool before midnight.

The other four clubs involved had all put in firm bids to Chelsea for Hateley. But Liverpool topped their offers and this should convince the doubters among the Liverpool supporters that the club will pay really big money when the right man comes along.

Mr. Shankly has finally bought the man he believes will help to put Liverpool right back into the fight for major honours. Playing between two of the finest wingers in the game, Ian Callaghan and Peter Thompson, Hateley should receive the sort of service he needs as the “orthodox” centre forward, the help he never got at Chelsea.

Hateley’s incoming should provide the goal-scoring flair which the team lacked last season, when they failed for the first time in five years to win any of football’s honours.

Twin spearhead
When he was with Aston Villa, Hateley had some fascinating duels with Liverpool skipper Ron Yeats, and Liverpool fans are well aware of his great ability in the air. With a flow of centres from Callaghan and Thompson, Hateley should revitalise a team which has fallen from its own high standards.

He will form a twin-spearhead with Roger Hunt, and this could give Liverpool a new weapon of power and drive. 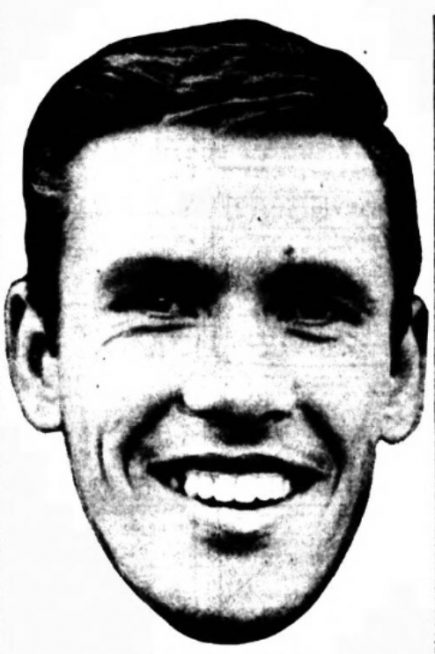