A goal six minutes from time sunk Liverpool in the first of their two friendly matches in Oporto, Portugal, last night. The goal came when full back Atraca moved up to beat Ray Clemence making his debut for the Liverpool first team.

But Clemence turned in a good performance to be one of Liverpool’s best players. Another youngster, left back Peter Wall, also had a fine game, as did forwards Ian St John and Ian Callaghan.

Apart from Lawrence, Liverpool were also without Hunt and Thompson, on England international duty, and the injured Emlyn Hughes.

But despite this they managed to create more scoring chances than their opponents but, like so many times last season, they were unable to turn them into goals.

Oporto goalkeeper, Americo, made a brilliant save from a header from Ron Yeats following a corner and Tony Hateley also had a header cleared off the line.

Liverpool now go on to play Las Palmas in the Canary Islands, on Wednesday, a team they could well meet in the Inter- Cities Fairs Cup next season.
(Liverpool Echo, 23-05-1968) 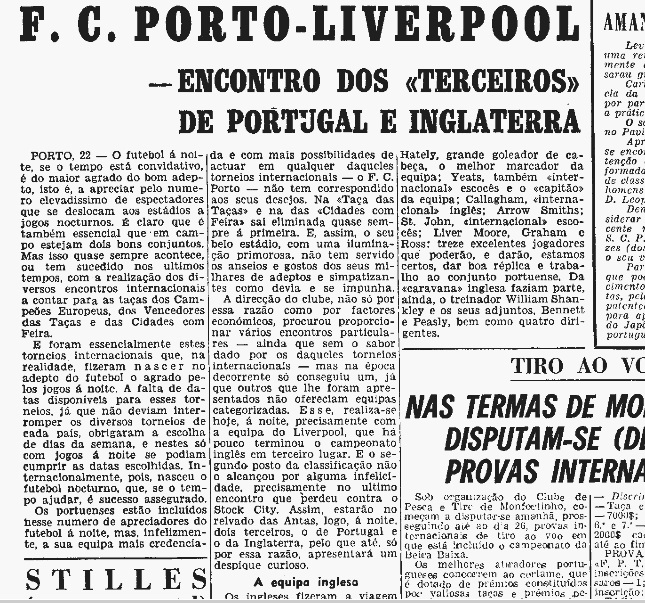