He signed for Liverpool and became Britain’s most expensive teenage footballer. Also one of the richest for his share of the fee is £5,000.
Terms were agreed between the two clubs earlier yesterday and a beaming Evans rushed away from Molineux to meet Liverpool manager Bill Shankly. He signed on late last night . . . the celebrated with a leg of chicken in the Anfield boardroom.

Clearly Shankly is taking a big gamble on ayoungster who has yet to prove himself in the First Division. Evans, nineteen next month, made a scoring debut for Wolves against West Ham a year ago yesterday. This season the former schoolboy international has made only one appearance – against Stoke, when he was booed by Wolves fans.

Liverpool have followed his progress closely over the last twelve months, and Shankly is obviously impressed by his speed and enthusiasm. After the signing Shankly said: “This is one player I have wanted for a long time.”
His transfer could mean that Liverpool will part with another £100,000 forward – Tony Hateley.
(Daily Mirror, 17-09-1968) 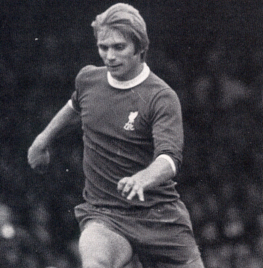