Wednesday, April 23 – 1969
Bristol Rovers, hard up Third Division club, yesterday wiped out their bank overdraft of around £35,000 by selling giant centre-half Larry Lloyd, 20, to Liverpool for £50,000. Falling gates forced Rovers to part with Lloyd, a local lad who is only in his first season of League football. Rovers rejected one offer from Liverpool of £40,000 for Lloyd, mainly because of a pledge not to sell their best young players. 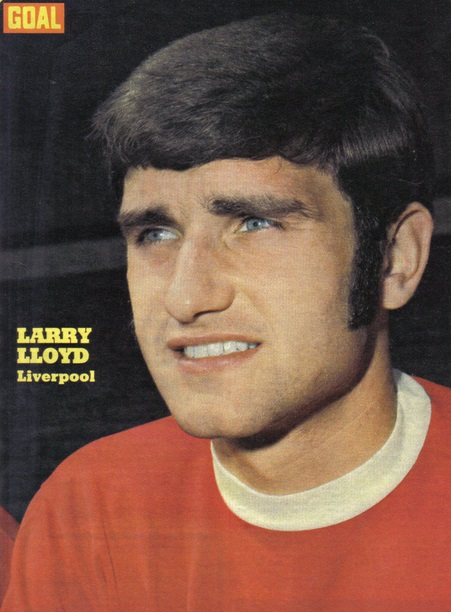 The club hoped for better gates but when these did not materialise, Rovers’ directors decided to accept Liverpool’s revised offer.

Douglas Mearns Milne, Rovers chairman, said: “Average gates of 5,000 have made a mockery of our intentions. We held Liverpool at bay for three months before taking this decision to sell.

“Now that we have done it, the money will be used to satisfy the bank and also to help strengthen the team.”
Lloyd, 6ft. 3in. and over 13 stone, has been bought to succeed Ron Yeats, Liverpool’s Scottish international centre-half, now thirty one.

Lloyd had never seen a First Division match until Tuesday when he watched Everton and Leeds play a goalless draw. He said: “I have only seen Liverpool on TV but they are a great side and I still cannot believe I am now part of them. I’ve always wanted to join a First Division club, but I didn’t think my chance would come so quickly.”

Liverpool’s interest in Lloyd was aroused when manager Bill Shankly and chief scout Geoff Twentyman saw him in a fifth round FA Cup-tie against Everton at Goodison Park on February 12. Shankly has watched him three times since.

The fee is easily the biggest Rovers have received for a player. Previous highest was £20,000 from Northampton for left winger Bobby Jones three years ago.
(Daily Mirror, 24-04-1969)