August 19, 1975
The Central League has been in existence for more than 60 years – since season 1911-12, in fact – and Liverpool have won the championship more times than any other club. Last season, the Reds’ reserves achieved a hat-trick of title successes – the second time they have done this.

For Roy Evans, who hung up his boots to take charge of the reserve side, it was a triumphant ending to his first season the backroom staff at Anfield, and he will be keen to ensure that Liverpool’s reserves make their mark again this season.

As Roy knows, once you’ve climbed one peak, there’s always another mountain on which to set your sights. And this is the case with Liverpool. For though they have totalled many points in their Central League championship campaigns, they still have the extra incentive to aim for a new record.

In season 1911-12, when Lincoln City were the first winners of the Central League championship, the Imps totalled 48 points out of a possible 64. The points total possible was raised to 76, during each of the following three seasons, and then, in season 1919-20, the maximum became 84, as in the First Division.

No club has ever achieved that impossible dream, of course; but over the years, several clubs have scored well over 60 points. In season 1955-56, for instance, Manchester United, who have won the championship of the Central League half a dozen times, totalled 68 points, and they were followed home by Liverpool, with 63.

The season after that, Liverpool brought the championship to Anfield, with 65 points. West Bromwich Albion have chalked up a championship totalt of 64 points and, with Huddersfield, they have also done the trick with 62 points.

Lancashire clubs have had their share of success – Burnley can claim three championships, Blackburn and Blackpool two apiece, and Bolton one.

But Liverpool have pride of place – seven successes, including two hat-tricks and a 68 point total in season 1969-70. That fell two points short of the record points haul by Wolves, in season 1958-59 … so now, as the Reds’ reserves embark upon a new campaign, they can have a double target; to retain their title … and set a new points record.

Liverpool Reserves statistics 1974-75 (thanks to Jonny Stokkeland at the LFC Official Archives for double checking and correcting numbers). 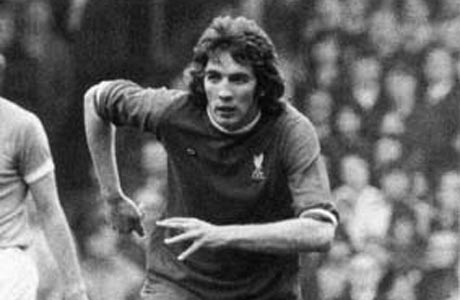