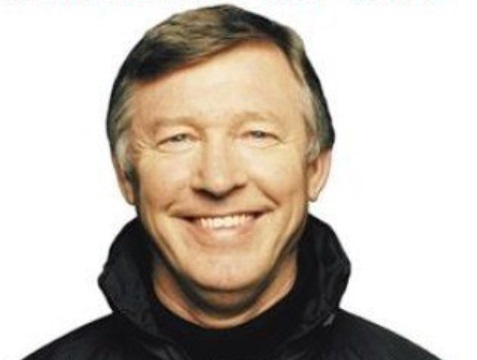 December 20, 1977
Liverpool, tolling and struggling to maintain their pre-eminent position as champions of the Football League, are the greatest team in Britain. Furthermore, they are a better side than they were last year when winning the European Cup, and the could keep a tight grip on Europe’s prestigious trophy for a few years to come.

Those were the heartening words for Merseyside in particular and English football in general, when I decided that if a message of New Year cheer was needed then Scotland, traditionally, was the place to go looking for it.

The viewpoint came from St. Mirren manager Alex Ferguson, and it was a change to be able to interview a club manager in the morning, a time when unlike at English grounds there was no sound of a noisy training session going on.

For the homely Love Street ground is quiet in the morning, because despite St. Mirren being one of the most improved teams in Scotland in the last three years, and now enjoying Premier League status, their 14 professionals are only part-timers, working in the mornings and training in the afternoons.

But there is nothing part-time in their approach to the game, as Liverpool found out in their recent anniversary game at the headquarters of the Paisley club. Ferguson, whose own career reads like a railway career reads like a railway timetable – he played for Queens Park, St. Johnstone, Dunfermline, Glasgow Rangers, Falkirk and Ayr United – was quick to known down the doubters in England who reckon Liverpool are over the hill judging by their League form this season.

“I feel that Kenny Dalglish has added something extra, and it beats me how anybody can say they are getting over the hill. Only the great Ian Callaghan and Tommy Smith are getting on in years, but Terry McDermott is emerging as a midfielder of fantastic potential, because he can score goals as well, while there seems plenty of cover for Smith’s position. I also rate David Fairclough highly and he is maturing, as is Jimmy Case. Ray Kennedy, always a player I’ve admired, seems better this year because he looks slimmer to me.”

Ferguson’s mind flits to and fro across the names in the team, but always, like a true Scot, he comes back to Dalglish.

“This is the man who has given Liverpool that bit extra. Really he is a higher class than Kevin Keegan. He is a better footballer than Keegan, and he is capable of playing so many different ways.

“For instance I’ve never seen him play in the way he did against Hamburg.

“He showed tremendous application in that game, and showed the real hallmark of quality by being prepared to change his game for the team.”

Admits the St. Mirren boss: “He is a better player for the experience he has gained in England, and only his lack of extreme pace stops him being the best in the world. But his assets are in the box. He has two good feet, and he does everything ell. He has much more composure than Keegan and he sneaks half chance goals brilliantly.”

Ferguson’s academic viewpoint on Liverpool is that their European run will last. He told me: “I can see them holding onto the Cup for some time as Real Madrid did when winning between 1956 and 1960.

“It must be a wonderful experience managing a team that play like Liverpool, but it is very satisfying for me here to see things develop, and when we play matches against teams like Liverpool, even though they are only friendlies, we feel we are growing up as a club.