Wednesday, July 21 – 1993
Ossie Ardilles blasted Neil Ruddock last night for demanding £8,000 a week to stay at Spurs – and then wanting £150,000 to go. But Ruddock, whose £2,5 million transfer to Liverpool was completed yesterday, hit back at accusations that his greed held up the deal.

“I think Tottenham were trying to spoil things when I was so happy at joining Liverpool,” said 25 year-old central defender Ruddock.
“I wasn’t being greedy. All I wanted was the money I owed and anyone in that situation would have kicked up a fuss.” 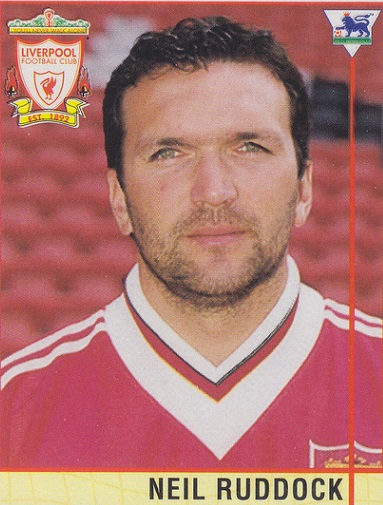 Ardilles claimed: “From the beginning it was all about the money – not because Terry Venables had left the club.”

Ruddock was the leading figure in player protests about Venable’s sacking at Tottenham and submitted a written transfer request.

After peace-talks broke down Liverpool beat competition from Blackburn, Newcastle and Chelsea for Ruddock, who signed at Anfield on Monday.

The deal looked in jeopardy after Tottenham refused to pay Ruddock £150,000, which he maintained was owed as a signing-on fee when joining from Southanpton last summer. But Ardilles revealed: “The transfer is going through, Ruddock has agreed to sign a disclaimer.

“But he wanted another £50,000 for the following season.
“No way were we going to pay that after he had put in a written transfer request. In doing so he had forfeited his future signing-on fees. It is absolutely clear.

“It is a relief it is over. It was never a problem between us and Liverpool. It was an internal problem.”

Ardilles said Ruddock asked for a new four-year contract worth £1,6m. “I told him there was no way we were going to pay that amount.

Nonsense
“I was not going to mortgage the club to pay him. I realised that he best thing for everyone was that he went.
“I thought it was all over when he signed for Liverpool but within an hour there was all this nonsense.”

Ardilles also slammed Ruddock’s agent Eric Hall. “This man was phoning me at one in the morning trying to say stupid things,” said Ardilles. “I threw my telephone down.
“It is becoming frightening what players are earning. If we continue to pay such wages there will be no clubs left.”

Ruddock rapped back: «It shocked me that Tottenhams topped the transfer going through at such a late stage.
“Graeme Souness told me to relax and that things would be sorted out. He bent over backwards to make me happy here.”

Souness said: “I’m delighted and relieved that he deal is going through. Now he can concentrate on preparing for the new season.”
(Copyright: Daily Express, 21-07-1993)