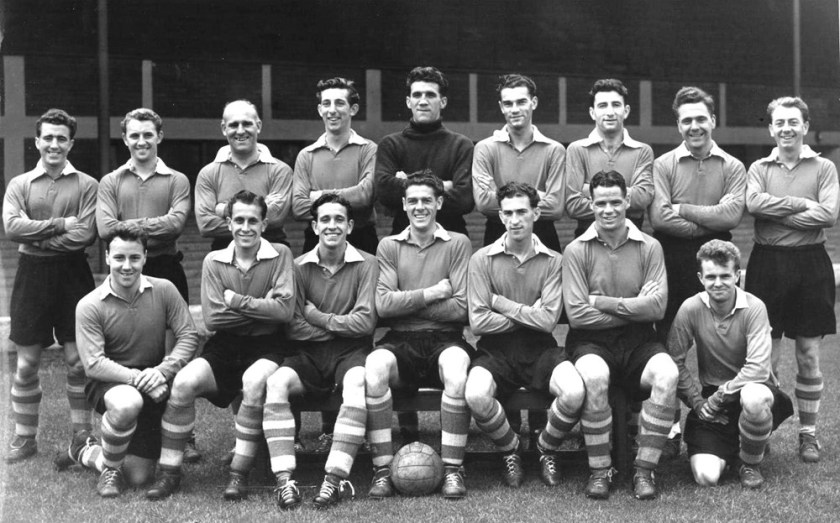 Wednesday, August 18 – 1954
For their opening game of the season on Saturday, when Doncaster Rovers provide the opposition at Anfield, Liverpool will field the same eleven as that which played in the public practice match last week and so decisively defeated the reserve string.

Tony Rowley, who made  two senior appearances last season, thus gets another chance to make the inside right berth his own, while Bimpson, after being in and out of the relegated side, is again first choice for centre forward.

Liverpool’s followers will watch the side’s performance in this inaugural Second Division match with eager anticipation. While a good start will encourage hopes that the Reds may make a bid for promotion, it is going to be a hard and long struggle.

I should feel happier about the prospects if the staff was stronger numerically. There seems too little margin, to cover injuries and emergencies…