July 22, 1935
The Burnley Football Club is to lose its manager, Mr. Tom Bromilow, as we stated in Wednesday’s “Express.” The club to which he is going is Crystal Palace, who offered him the post of manager while he was on holiday in London. The Burnley directors have put no obstacle in the way of his release from Turf Moor, and he will take over his new duties at Selhurst Park in a fortnight.

At Crystal Palace Mr. Bromilow succeeds the former Burnley player, Mr. Jack Tresadern, who was recently appointed manager of Tottenham Hotspur, a position for which Mr. Bromilow himself was a candidate selected for interview. He will find old friends there in George Waterfield and Comrie, whom Mr. Tresadern signed on free transfer shortly before he secured the Tottenham appointment.

Mr. Bromilow has been associated with the Burnley club for the past three seasons, and during that period he has done much to bring the town’s team once more to the forefront in football history. Only last season he had the distinction of seeing the tea, reach the semi-final of the English Cup, to be beaten in Birmingham by the ultimate winner, Sheffield Wednesday, and in his first season here the team went to the sixth round of the competition.

During his stay he has introduced new training methods and more or less re-modelled the club. Of the players who were on Burnley’s books when he first came to Burnley only Cecil Smith remains.

He secured the Burnley appointment in October, 1932, out of 70 applicants, succeeding Mr. Albert Pickles, who had resigned. He had been coach to the Amsterdam F.C. for the season, but, as the climatic conditions did not suit himself or his wife, he was anxious to return to England.

While in Burnley Mr. Bromilow has made a host of friends for himself. By his tact an unfailing courtesy he has won general admiration, and there will be many regrets at his departure. He has been with Burnley during one of the most difficult periods in its history, when there has been little money available for the purchase of players and when public interest has needed much coaxing. In spite of these difficulties he has succeeded to a remarkable degree, and has secured for the club such players as Alex Robinson from Bury, and George Brown from Aston Villa. Apart from these experienced players, many men who are just developing like Scott, Hetherington, Raynor, Hornby, Clacher, to name but a few, have been acquired.

Discovered in the Army, Mr. Bromilow was persuaded to join the Liverpool club, with whom he secured a regular place in 1919-20, and proved, as Burnley people know, one of the greatest English footballers of the post war period. He received international honours against Wales in 1921-22, against Scotland in 1922, Ireland in 1926, and Belgium in 1923. He played in the inter-league side in Scotland in 1921-2-3-4, and has many other honours to his credit besides being a member of the Liverpool side which won the championship of the League in 1921-2 and 1922-3. Altogether he has played for England 11 times.

He severed his connection with Liverpool F.C. in the 1930-31 season, after 12 playing seasons.

Incidentally, he made his debut with Liverpool F.C. on the Burnley ground on October 25 – 1919, and played at right half back. He was also in the North side which defeated England by 6-1 at Turf Moor on February 28 – 1921.

Mr. Bromilow has the reputation of being the best corner-kick taker the game has ever known. It is uncommon for a half back to be brought up for corner kicks, but he always took them, and from the left flank used his right foot. He. Along with Fred Hopkin and Harry Chambers, was one of the greatest triangles the game has ever known.

He did a lot to improve schoolboy football in Liverpool, being coach to a very high grade school for many years and teaching the sons of Liverpool’s leading families how to play soccer. His brother-on-law, Mr. C.O. Kelly, is on the Everton Football Club staff.

Mr. Bromilow began life in a shipping office in Liverpool, and tried to combine football with shipping, but the shipping office did not agree with him being away at week-ends, so he gave up shipping and became a full-time pro.

As showing the character of the man two instances can be recalled. He was chosen as a member of an imaginary team so well behaved that they would not need a referee. Some years ago he was playing in a local “Derby” game versus Everton, and shook hands with a player he believe to have score. He went to the trouble of telling a reporter when the two of them met at the church on the Sunday, and said, “I know I am right, because I shook hands with the scorer.” But he was wrong, and, there followed to the player a letter of apology that was a model of dignity and frank confession.

The best wishes of all will go with Mr. and Mrs. Bromilow and their family in their new sphere.
(Burnley Express: July 20, 1935) 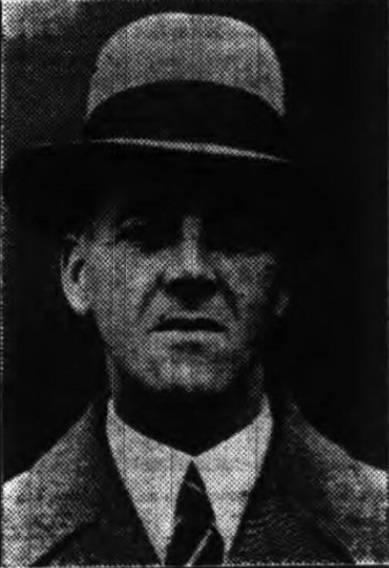