December 12, 1957
If I had to choose a footballer as a model for the bright young men coming into the game it would be Liverpool’s Billy Liddell, ex-RAF Pathfinder navigator, accountant, boys’ club worker, and treasurer teacher at a Huyton Sunday school.

The powerfully built dark-haired Scot from a miner’s home near Dunfermline is a rumbustious, all-action character when wearing the red shirt of Liverpool or the blue of his country.
“It’s a man’s game,” he told me yesterday in the comfortable home where he lives with wife Phyllis and his eight-year-old twins, “I play it that way, Hard, but always, I hope, fairly.”

Liddell couldn’t do anything questionable on or off the field. He’s deeply religious, and an almost fanatical worker for his boys’ clubs. He has never smoked or taken a drink.

Finest fans
He has been loyal to Liverpool since he arrived there in 1938. “They have always treated me wonderfully,” he says. “I’ve always been given what I have been entitled to. Why should I not give them all I have?”

Of Liverpool fans he says:
“They are the finest on any ground. I really think they are worth a goal start to us.”

His first game for the side against a big-name team was early in the war against Manchester City. Frank Swift was in goal. Left winger Billy celebrated the biggest occasion of his life at the time by scoring three goals.

A month ago he beat Elisha Scott’s record of 429 League games for Liverpool. Explosive feet and an intelligent head have brought him nearly 200 goals.
“It’s about that,” he smiled. “I don’t keep a close check. There are far too many more important things to think about in life than the goals I’ve scored. The goals to come, for instance.”

Part-time
All his career he has been a part-time player. The war years found him learning the job of navigator in Canada and flying over Europe. In peace-time he has worked in a Liverpool accountant’s office.
“I train two mornings a week with the team. I think I have kept a better balance through having another job. Accountancy keeps my brain active.”

We met at lunch-time. No evenings were free this week, with three talks to boys’ clubs, a visit to a hospital, and a church meeting.
Some of his church friends are surprised that he plays on Christmas Day and Good Friday. “I have given it a lot of thought. I decided that I had a duty to my employers, the club that gave me my break in life.”

He will retire in a couple of years or before if he feels he cannot give his best in the game he has graced for so long.
“By then I hope Liverpool will be back in the First Division. We have quite a sound chance of getting there this season.”

Of his busy life he says, simply: “I have been very lucky. In the various things I do I feel I am repaying the debt I owe in life for life has been good to me.”

From many men such a statement would have sounded mushy, even nauseating. But not from Billy Liddell.
(Source: Daily Mail: December 12, 1957) 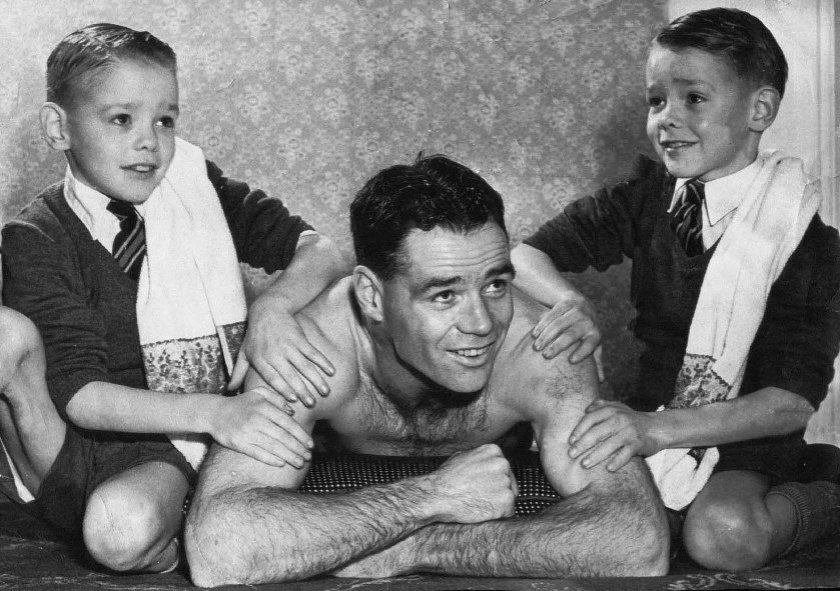