August 10, 1977
Kenny Dalglish, Liverpool’s £440,000 buy from Celtic, last night got the best sort of welcome to Anfield he could possibly expect. For it came from Kevin Keegan the £500,000 dynamo he replaces on the eve of another European Cup season.

Keegan, speaking from his home near his new club S.V. Hamburg, said: “Kenny may prove a better player for Liverpool than I did.

“Liverpool have come up with a ready-made replacement. There is no risk about this transfer at all. Dalglish is such a good player he would fit in anywhere.

“I had been trying to work out who Liverpool would go for and I whited it down to three players: Trevor Francis, Mike Channon or Dalglish.

“Channon went to Manchester City so I reckon Liverpool have done the best they can for their fans.”

The Kopites will be able to judge for themselves when Scotland skipper Dalglish makes his first appearance for his new club in Saturday’s Charity Shield match against Manchester United at Wembley.

But Keegan needs no convincing: “Kenny has been the best Scottish player for the last four years and, like me, he is 26. Liverpool will get as much mileage out of Dalglish as they would have out of me if I had stayed.

“The Liverpool fans will like Dalglish, but they must not expect him to play the way I play. We are completely different with different qualities and different strengths.

“Dalglish is a star player now, but if he settles in at Liverpool and knocks in a few goals he will be an even bigger name than he could imagine possible.”

Even now any Liverpool fan will tell you that “Kenny Dalglish walks on water.”
(Daily Express: August 11, 1977) 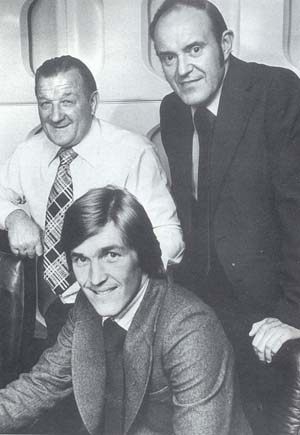 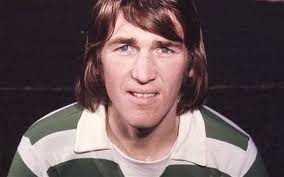