About Jack Lipsham:
“He is well built, and when on the field looks every inch a footballer. He looks well on the field, and as he careers up the wing he reminds one of his more famous brother. He can centre with ease and accuracy, and his goal record at Chester shows that he knows the right location of the goal posts. He is one of the men whom it is safe to prophesy will make his mark.”
(Source: Match Programme: September 29, 1906)

A profile presentation of Jack Lipsham from 1906. 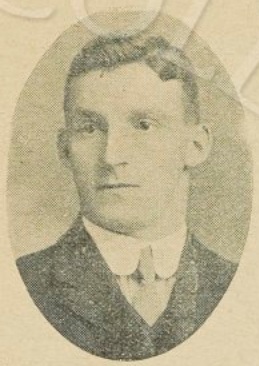