January 4, 1964
Key note: “Mr. Shankly’s gambit, if not gamble, in leaving out of the Liverpool side a Jimmy Melia who plainly considered himself fit for action, succeeded. Young Arrowsmith, yet one more local to grace Anfield, got four goals in his side’s 5-0 victory and Ian St. John in Melia’s place did his stuff nobly. What now? The difficulty is that Melia lost his place through injury and would normally be entitled to regain it, since St. John has been supplanted by Arrowsmith. But over-riding everything is the fact that in three home games in which Arrowsmith has played for Liverpool this season they have scored seventeen times – sixes against Wolves and Stoke and now five against Derby in the Cup.” (Liverpool Echo: January 6, 1964). 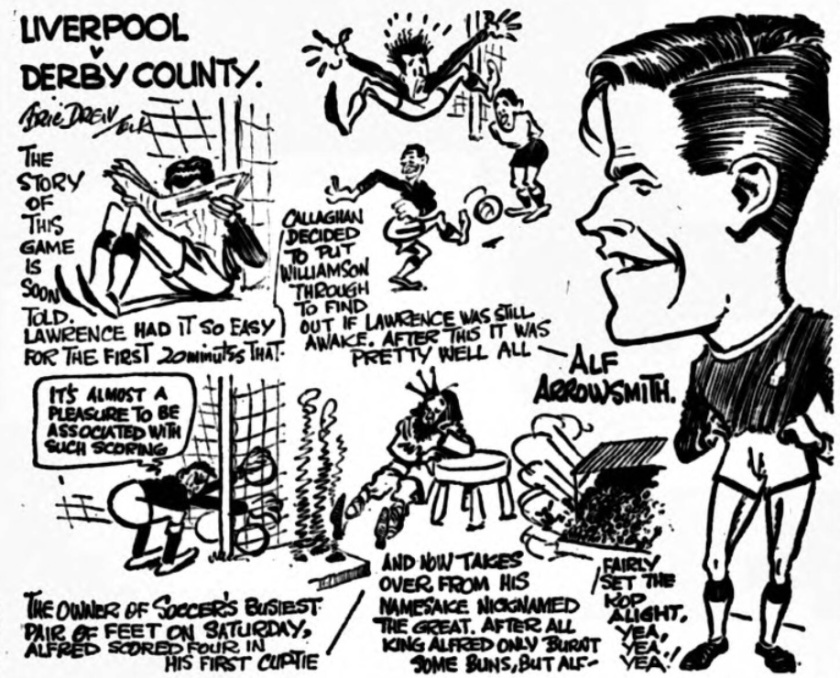