Stand Liverpool where they did? Undoubtedly! If one match, a Charity Shield final, provides reliable evidence on which to form an assessment, and I see no reason why it should be disregarded, the story of Anfield glories is still far removed from its concluding chapters. It would be impossible at this stage to name a team more likely to win the Championship than Liverpool.

They took the Charity Shield with them to Old Trafford on Saturday – and left it behind – but this is no recital of defeat. Few teams will gain as clear cut playing advantage over United than did Liverpool, but Yeats lost the toss and as last season, the Shield will come to Anfield for he second half of the year.

United were without John Connelly and Bill Foulkes, whil Law retired after eighteen minutes to be substituted by the eighteen-year-old Anderson. Liverpool played without Peter Thompson, so that in pinpointing the superiority of the Cup-winners in everything except finishing. United’s problem must not be overlooked.

On a day completely unsuited to football and unfair to footballers, the tezms provided a wonderfully entertaining and frequently sparkling match. Only during the second half, when Liverpool’s grip seemed unbreakable, apart from the absence of clinching goals, did interest begin to flag.

The two-goal finale restored the bubbling match to the boil for the scores, like the two which preceded them, were magnificent efforts. None could deny the craftsmanship of Herd’s surprise goal in 81 minutes, even though it was entirely against the run of play. Best’s superb pass opened up the Liverpool defence and before there was the slightest move towards recovery, Herd whipped round and crashed the ball past Lawrence with as fine a shot as he will make all season.

Faced by a score, fantastically unrepresentative of events, Liverpool were shocked into blitz tactics and four minutes from the end Yeats equalised with a header straight from the Dixie Dean manual.

United had been prepared for his upheld sorties to every corner kick and free kick, but this was different. Smith brought Lawler into action inside the Liverpool half and the full back raced to the byline before crossing perfectly to Yeats, opposed only by a shattered Herd. The last man Manchester expected to find in the firing line at that time and place was Yeats. If direction and power in heading represents a close-season Yeats’ discovery new fields like open to conquest. Remarkably Yeats’ only previous goal in English football was also scored at Old Trafford – two seasons ago.

There was a lesson for Liverpool in 29 minutes when Best scored the first goal of the game. Charlton saw the lively, quick-stepping Best lurking ten yards onside as Yeats and Smith, commanding the middle, were ready to spring the offside trap. Like a bullet, Charlton put the ball through, almost shrieking an instruction to Best to chase. He had the beating of the Liverpool defence for speed and unaccountably Lawrence failed to realised, until too late, that he must come out. Delay was fatal and Best flicked the ball round the goalkeeper into the net before Yeats could intervene.

Liverpool were level in 38 minutes through a Stevenson goal that even Old Trafford fans will discuss for many a day. There can have been few greater individualistic goals! For sheer cheek and confidence this score will not readily be beaten. Stevenson struck where the defence was thickest. With sturdied control he flicked the ball past four men, one after the other, and ended with a left-foot shot that would have beaten any goalkeeper in the land.

Thus it was, that this eventful and entertaining game, was crowned with four goals of remarkable quality and brilliance. There will be those who will point to the Law retirement and say, “We asked for the substitute rule and now we must take the consequences!” And how short sighted is such a view!

United were right to put Law’s fitness, following his Continental injury, to the test. They were also right to withdraw him when he felt that all was not well, for after all the season starts in earnest next Saturday.

Imagine this match with Law out and United down to ten men, or alternatively Law limping through and possibly doing serious damage to himself in consequence. Turn back the pages one year to the Anfield game against West Ham Alf Arrowsmith retured after the first few minutes to be replaced by Phil Chisnall.

If ever the substitutes rule justified surely the Charity Cup provides the examples. Curiously, the new substitutes rule apply only to League matches, but it was Liverpool last season who took the initiative in creating a precedent, which may not stand for all time. On Saturday the FA repeated their ruling that a goalkeeper could be substituted at any point in the game, with another substitute up to half-time.

Two Charity Cup games have been saved by the substitute rule. Surely it is a great encouragement to believe that the League rule will work equally satisfactorily. Best struggled manfully to take over Law’s role and to say he only partially succeeded is no criticism. How many players can replace Law?

Casting around for the man of the match tells its own compelling story, for all the major contenders, even allowing for Charlton and Best, wore Liverpool shirts.

Gordon Milne had no rival in the creative art, Stevenson’s far flung and imaginative passes stamped him as an artist in that line, but because Milne was doing it with far greater regularlity in his role of link man, it was less easy to overlook his contribution. I hope it was an illusion that he seems to have lost a little speed following last season’s injury, for once again his success and Liverpool’s are very closely linked. 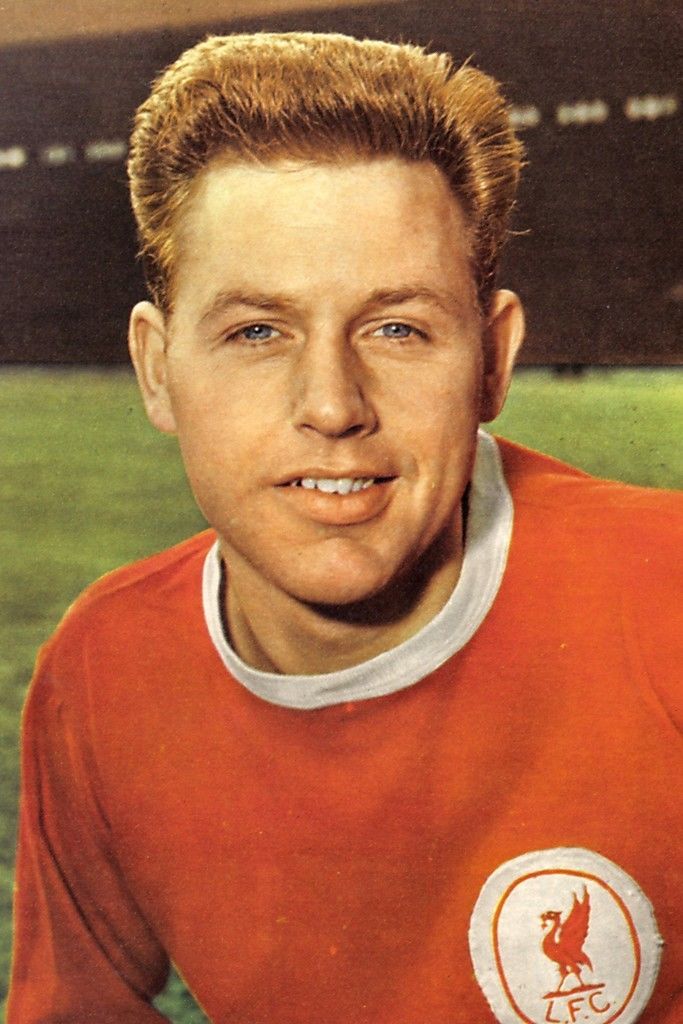 Byrne, at left back hardly looked like making a mistake. His tackling was immaculate and his attacking contribution effective and beautifully timed. Experience has made Byrne twice the man.

All things considered Tommy Smith must have been highly satisfied with his display. I considered him to be extremely fortunate not to find penalty kicks awarded against him on two occasions, both for offenses against promising young Ashton. The fact that Stiles was also given immunity by Jim Finney, suggested that the referee was something of an abolitionist so far as penalty kicks are concerned. This apart however, Smith’s was an immaculate display, both defensivly and offensively. He is already approaching the position of dominance he used to exercise in youth football and must enter into England’s World Cup calculations. An international cap soon is clearly indicated.

What an opportunity this was for Geoff Strong to present manager Bill Shankly with an outsize in team selection headaches! He played well up to a point, fitter and more determined than last season, but the scoring finish eluded him. One effort deserved a goal, but Pat Dunne denied him expertly. Like St John and Hunt, no-one could have tried harder.

I felt sorry for Lawrence. Three times he made first class saves, took the ball cleanly in the air and then blotted his record with that Best goal. If Liverpool’s defensive plan is to leave a considerable no-man’s land Lawrence must be more than usually regarded to leave his goal at the slightest threat of through ball penetration.

Stiles’ enthusiasm is his greatest handicap, but for all that the United defence would have been far less efficient without him. Crerand is starting slowly and Cantwell could hardly complain at his booking for serious obstruction first on St John and then on Smith. He could easily have prevented two goals by his misdeeds.

I should think both sides will be better for this pipe-opener.
(Liverpool Daily Post, 16-08-1965)